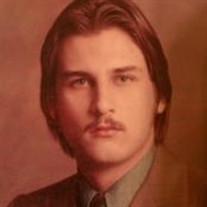 Stephen Fuentes, 58, a resident of the Aloha community died Monday, March 26, 2012 at his home of natural causes. A Celebration Of Life Service will be held Saturday, April 7, 2012 at 1:00 pm at Donelson~Fir Lawn Memorial Center, 1070 West Main, Hillsboro, Oregon. Family and Friends are invited to gather in the Friendship Area for a reception immediately following the services. Private Cremation Rites have been held. Stephen Fuentes was born November 12, 1953 in Chicago, Illinois to Antonio and Anna Macaitis Fuentes. He was raised and educated in California having attended Arroyo High School, then graduating from Valle Lindo High School in El Monte, Ca. in 1971. He also attended Rio Hondo Junior College for a short time. Stephen was a hard working young man from an early age. He started working at Anco Plastic Products, he also worked for the City of Victorville Public Works. After moving to the Portland area he worked at the Rose Garden, then became a journeyman electrician. He was a member of the local Electricians Union # 48. Most recently he was contracting with Intel in the Hillsboro area on some of the new building projects. He was married to Jessie Talamantez, in Pasadena, California, March 28, 1972. Together they raised three children and were later divorced. Among his personal interests he enjoyed deep sea fishing, fishing off the rocks in Long Beach, California. The family went camping at Point Mugu, in California, they attended company picnics and other family functions. He traveled to Las Vegas for a visit in 2008 and back again for a granddaughters' graduation in 2011. He enjoyed going to the children's sporting events over the years, which included Football, Baseball and Bowling He loved to listen to the old Rock and Roll music. Survivors include his three children; daughter, Lisa Fuentes and fiance, Richard McCook, Son, Richard Fuentes, all of Las Vegas, Nevada, son, Matthew Fuentes, California, his parents; Antonio and Anna Fuentes, a sister, Nancy Zuniga, all of Gladstone, a sister, Elaine Allard Pismo Beach, Ca. Also surviving are three grandchildren; Taylor Fuentes, Tristan Casanta~Fuentes and Kiley Fuentes. Please check back for additions and photos.

Stephen Fuentes, 58, a resident of the Aloha community died Monday, March 26, 2012 at his home of natural causes. A Celebration Of Life Service will be held Saturday, April 7, 2012 at 1:00 pm at Donelson~Fir Lawn Memorial Center, 1070 West... View Obituary & Service Information

The family of Stephen Fuentes created this Life Tributes page to make it easy to share your memories.

Stephen Fuentes, 58, a resident of the Aloha community died Monday,...

Send flowers to the Fuentes family.