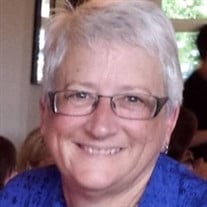 Marcia was born in Great Falls, Montana as the first of four children of Wayne and JoAnn Yadon. She grew up in Twin Falls, ID then in Edmonds Washington, and spent the bulk of her youth in Milwaukie OR. She graduated with honors from Clackamas High School in 1972.She attended Marylhurst College in Portland and Benedictine College in Atchison Kansas, receiving her degree in education. She began her professional career in Waterville Kansas at Valley Heights High School teaching Spanish, Speech, and Drama. While in Kansas she earned her master's degree in Education from Kansas State University. She met her future husband Jim in Kansas in 1980, relocated back to Oregon in 1986, and married in 1988. She taught Spanish for the Hillsboro school district where she developed the first Spanish class for native speakers. She helped develop the state legislation for the certificate of advanced mastery. She served as six years as an assistant principal and also served as curriculum director for high school programs. She served as the planning principal during the design and construction of Liberty High School, and as the principal for the first two years.Marcia moved on to the Portland Public School District to serve as the curriculum director, where she establish a set of K-12 content standards, supported teacher leaders, and provided professional development for teachers. As the director of Learning and Credit options, she had responsibility for growing online and blended learning programs. She retired in July 2012.Marcia has a passion for art and beauty. She was a creative spirit who painted, quilted, photographed, and explored a variety of techniques for expressing her love of color, nature, and creativity. She served on the board of the Hillsboro Arts and Culture Council. She also volunteered for 18 years for Portland's 5 Centers for the Arts.She enjoyed a variety of leisure activities including boating with the Columbia River Yacht Club and NOTS boating club in Portland. She and Jim loved Arizona and spent time at their second home in Mesa. She kept active by participating in the Sunrunners RV Club, Trailblazers Hiking Club, Sunland Stitchers Quilting Club, and Sunland Book Club. She also volunteers at the Mesa Arts Center serving as docent and Spanish translator.Marcia is survived by Jim Arganbright her husband of 26 years; three siblings; Mimi Vaughan of Renton WA, Mark Yadon of Buffalo NY, and Micki Woodrum of Portland OR. She had an extended family in Kansas including LaVerna Arganbright, Carolyn and Francis Arganbright in Waterville, John and Corinne Arganbright of Waterville, and Jennifer Arganbright of Denver CO. She was a wonderful aunt to the following nieces and nephews; Trish Bannon, Thad Arganbright, Craig Arganbright, Toby Arganbright, Alexandra Smith, Angela Vaughan, Emerson Yadon, Elliott Yadon. Ten children had the honor of calling Marcia great-aunt.

Marcia was born in Great Falls, Montana as the first of four children of Wayne and JoAnn Yadon. She grew up in Twin Falls, ID then in Edmonds Washington, and spent the bulk of her youth in Milwaukie OR. She graduated with honors from Clackamas... View Obituary & Service Information

The family of Marcia Ann Arganbright created this Life Tributes page to make it easy to share your memories.

Marcia was born in Great Falls, Montana as the first of four...

Send flowers to the Arganbright family.