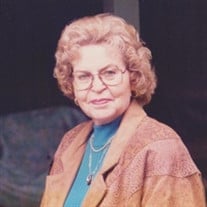 Council, LaVerne 93 Sept. 10, 1919 April 30, 2013 LaVerne Council, age 93, late of Hillsboro, passed away quietly at home with her daughter by her side on Tuesday, April 30, 2013. She was born September 10, 1919, in Craig, Mo., to Bertram and Jessie Clemens. A private family service will be held with private inurnment at Fir Lawn Memorial Park in Hillsboro. LaVerne was raised in both St. Joseph and Independence, Mo. On June 6, 1941, she married Murray Dean Council in Versailles, Mo. He passed away in 1993. She lived in Greeley, Colo. from 1959 -1970, Twin Falls and Boise, Idaho, 1970 -1976 and then moved to Hillsboro. She enjoyed making beautiful copper enameling bowls and ashtrays. LaVerne also enjoyed music: Jazz and Rock; Santana was her favorite band! She loved camping and fishing in Colorado with her family. LaVerne is also preceeded in death by her son, David who passed away in a plane crash in 1979. She is survived by her daughter, Cathy Moothart and Jim Moothart, of Hillsboro; granddaughter, Misty Lane Council of Rockwall, Texas; and two great-grandchildren.

The family of LaVerne Council created this Life Tributes page to make it easy to share your memories.

Send flowers to the Council family.