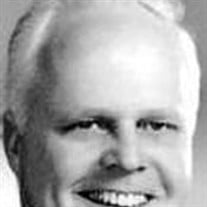 Granat, Karl Henry 'Hank' 94 Feb. 02, 1918 Sept. 25, 2012 Hank Granat, long-time resident of Helvetia, peacefully passed from this world surrounded with love from his family and friends. Hank was born in Portland, the son of Swedish emigrants John Richard Karlsson Granat and Ellen Margarita Lindblad. Hank grew up in the Darlington District of Portland until the Depression years in 1931. Then his family moved to the hills high above Portland on old Germantown Road. The family built a home and lived off the land. Hank attended Beaverton High School. After graduation he worked his way through college as a gill-netter, logger, surveyor, bus and truck driver. Hank graduated from Oregon State with a degree in Forestry. He became a lumber broker, forming his own company. He met and married Mary Louise Staats in 1949. They lived in Eugene, Empire and Beaverton, before moving to Helvetia. He enjoyed duck hunting with his sons and friends. He also enjoyed country living and gardening. After retirement, he divided his time between Helvetia and Depoe Bay, where he developed, at age 75, the Lareisa Plaza Condominiums. The family attended Bethany Presbyterian Church, where Hank served over the years as an Elder, Deacon and Sunday School Superintendent. He sang with the Swedish Chorus in Portland since the 1940s and later was the American Union of Swedish Singers National President. He helped draft the By-laws for the American Union of Swedish Singers Cultural Heritage Foundation. Hank was president of the International Concatenated Order of Hoo-Hoo, an organization for lumberman, where he held the title of "Grand Snark." He served on the West Union School Board. He was a 4-H leader for years and a supporter of the Washington County Fair. Hank was generous to all and enjoyed helping others. He was preceded in death by his wife, Louise; brothers, Dick, Gunnar; sister Ellen; and granddaughter, Lareisa Louise Jones. Survived by sons, Karl Granat of Salem, Kurt Granat of Helvetia; daughters, Virginia Mapes, Alana Mapes, Jody Jones of Helvetia; and sister, Margaret Linhart of St. Johns; Hank had 13 grandchildren and 10 great-grandchildren. Celebration of life services will be at 12 p.m. on Saturday, Oct. 6, 2012 in the Bethany Presbyterian Church Christian Education Building. Swedish Singers will be singing. Lunch following the services.

The family of Karl Henry "Hank" Granat created this Life Tributes page to make it easy to share your memories.