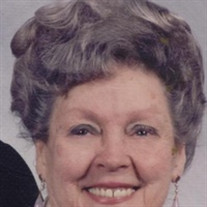 Gloria Pearl Affolter. Born Oct 29, 1921, Died September 21, 2013. Gloria was born to Forrest and Pearl Gist in Tillamook County, Oregon. She was raised in Cloverdale and graduated from Nestucca Valley High School. Gloria attended Oregon Normal School (Western Oregon University) and worked in Salem at the Oregon School for the Deaf. Gloria moved to Portland, Oregon where she worked various jobs, including the ship yards, Olds and King, and Lipmann's. Gloria married Ken Little in 1950, and they had two sons, Gregory and John. Gloria and Ken divorced in 1969. Gloria married the love of her life, Robert Affolter, in May of 1972. Bob's four children with Gloria's two sons made a blended family of six children. When Bob and Gloria became empty-nesters, they enjoyed travel including their hobby of antiquing throughout Canada and the United States. One of their favorite pastimes was enjoying the beach at Napili, Maui every year. Gloria will be remembered as an excellent conversationalist and someone with a good eye for antiques. She was the life of many a party. Gloria will also be remembered as a very giving, thoughtful person who constantly rooted for the underdog. Gloria was instrumental in in her voluntary efforts to build the new library in Pacific City Oregon which she was very proud of. Gloria was preceded in death by her parents, her sister Glenna, and her husband Bob. She is survived by her brother, Forrest Gist, and her six children, Greg, Ted, Susan, Mary (Quince), John and Jim, as well as three great-grandchildren, numerous grandchildren, and nieces and nephews. The family wishes to thank Florina and Ray Capusan for the wonderful care given to her for the past three years. A memorial will be set at a future date.

The family of Gloria Pearl Affolter created this Life Tributes page to make it easy to share your memories.

Send flowers to the Affolter family.