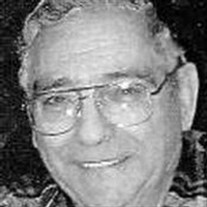 Wallace, age 80, and a longtime resident of Hillsboro, died Tuesday, June 19, 2012, in the early afternoon. A viewing will be held Friday, June 29, 2012 from 9 a.m. to 5 p.m. at Donelson~Firlawn Memorial Center, 1070 W. Main St., Hillsboro, OR 97123. A graveside service will be at 11 a.m. Saturday, June 30, 2012, at Valley Memorial Park off TV Hwy. where he will be laid to rest next to his first wife, Gerry. Mr. Wallace was born to Hiram and Maude Wallace on June 3, 1932 in Ft. Yates, N.D. He married Gerry Wallace on Dec. 8, 1951 in McLaughlin and they settled in Kennel, S.D. Gayle worked at the family sawmill until spring of 1960 then moved to Hillsboro. Gayle worked at Noble Craft, Drake Construction and started his own business in 1968, Gayle Wallace & Sons. Gayle enjoyed fishing, hunting, playing the lottery, sports and his family. Gayle was preceded in death by Gerry, his first wife; and Nancy, his second. Mr. Wallace is survived by four sons, Frank and Liz, Randy and Jeanette, Rich and Denette and Rocky Wallace; eight grandchildren, Kim, Chip, Greg, Wendy, Gary, Scott, Steven, Jessi; seven great-grandchildren; and two on the way!

The family of Gayle Wayne Wallace created this Life Tributes page to make it easy to share your memories.

Wallace, age 80, and a longtime resident of Hillsboro, died Tuesday,...

Send flowers to the Wallace family.