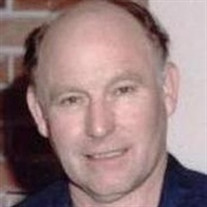 Fred was born December 11, 1929, in Gaston, Oregon, to William and Ada Vinell. Fred passed away with family by his side at his home on December 2, 2011. A funeral service will be at 11:00 a.m., Monday, December 12, 2011, at Donelson~Fir Lawn Memorial Center, 1070 W. Main St., Hillsboro, Oregon 97123. Interment will be at the Yamhill-Carlton Pioneer Cemetery. Fred was raised in the Hillsboro area and was a graduate of Hillsboro High School. After graduation he served in the US Navy during the Korean War. He married Alice Pauline Reynolds on April 4, 1951, in Norfolk, Virginia. She preceded him in death on April 24, 2007. He worked for Spear Floor Covering in Portland for over 30 years. He was a proud member of the union local #1236. He was a member of St. Matthew Catholic Church in Hillsboro, OR. He enjoyed playing music, gardening, and animals. He is survived by his son, Fred Vinell, Jr. of North Plains; 2 daughters, Gloria (Kjell) Hemstrom of Hillsboro, Linda (Roger) French of Gaston; 2 sisters, Florence (Merville) Mead of Astoria, and Esther Tompkins of Beaverton.

The family of Frederick William Vinell created this Life Tributes page to make it easy to share your memories.

Send flowers to the Vinell family.