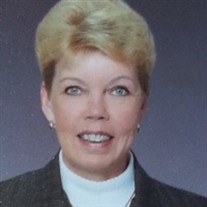 Elva Bernice Bratton (70) of Hillsboro, died May 10, 2014 surrounded by her children. She was born in Klamath Falls, Oregon and was also a former resident of Lakeview and Medford. Ms. Bratton was born April 12, 1944, in Klamath Falls, OR, to George (Bill) and Betty Bratton. She and her family moved to the Rogue Valley in 1962. She worked as an Administrative Assistant for Federal Land Bank in Medford and transferred to the Hillsboro office in 1980 and working there until 1990. Later, she worked for Stewart Title, Chicago Title and Chehalem Title as an Escrow Officer. She built many relationships in the business community. Elva was a member of the Hillsboro Chamber of Commerce, Home Builders' Association, past president of Hillsboro Soroptomists, and was also associated with the Washington County 4H. She was an avid reader, loved her crosswords, playing the piano and most of all she enjoyed spending time in her beautiful garden. Survivors include her daughter Kristin Macy and wife (Diane) of Tacoma, WA; daughter Holly Urrutia and husband (Mark) of Escondido CA; and son, Nic Macy and wife (Danell) of Hillsboro, OR; and eleven grandchildren; Rachael of San Diego, CA; Michael, Hannah, Emma, Kate of Escondido, Ca; McKenna, Mikah, Madison, Megan of Hillsboro, OR; Josh of Tacoma, WA; and Cody of Pearland, TX. Elva was an amazing artist, writer, decorator, and loved spending one on one time with her children and grandchildren. She will always be remembered by her love for her garden, sense of style, charisma for life, creativity, wicked sense of humor, and her practical jokes.

Elva Bernice Bratton (70) of Hillsboro, died May 10, 2014 surrounded by her children. She was born in Klamath Falls, Oregon and was also a former resident of Lakeview and Medford. Ms. Bratton was born April 12, 1944, in Klamath Falls, OR,... View Obituary & Service Information

The family of Elva Bernice Bratton created this Life Tributes page to make it easy to share your memories.

Send flowers to the Bratton family.