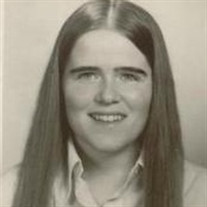 A funeral service will be at 1:30 PM, Saturday, February 25, 2012, at Donelson~Fir Lawn Memorial Center, 1070 W. Main St., Hillsboro, Oregon 97123. Interment will be at Fir Lawn Memorial Park in Hillsboro. Debbie passed away Feb. 20, 2012, in Portland, Oregon, after a sudden and brief illness. She was born in North Platte, Nebraska, August 16, 1953, to Robert and Marlene (Hecht) McKenney. In 1955 the family moved to California, where she received Jesus as her savior. The family then moved to Portland, Oregon, in 1958. Debbie graduated from Marshall High School in 1971. She married Howard E. Ramsey on Dec. 29, 1973. She gave birth to her one and only son, Ken H., on August 14, 1983 at Portland Adventist Hospital. Debbie is survived by her husband and son, both of Gresham, her mother, Marlene McKenney of Hillsboro, her brother, Ted of Soldotna, AK, and her sister Rose of Tillamook. She was the most wonderful and loving person!

The family of Deborah Lee Ramsey created this Life Tributes page to make it easy to share your memories.

Send flowers to the Ramsey family.